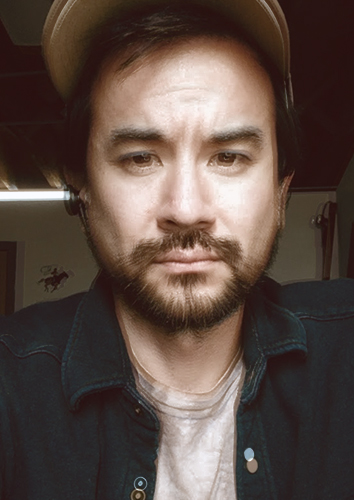 Benjamin Yoshimitsu Mirov is the author of ghost machines (Slope Editons, 2016), Hider Roser (Octopus Books, 2012), GHOST MACHINE (Caketrain, 2010). He is also the author of the chapbooks, My Hologram Chamber is Surrounded by Miles of Snow (YES YES Books, 2011), Vortexts (SUPERMACHINE, 2011), I is to Vorticism (New Michigan Press, 2010), and Collected Ghost (H_NGM_N, 2010). He is a founding editor of PEN America's Poetry Series, and an editor at large for LIT Magazine. He has written criticism for BOMB Magazine, Jacket 2, the Best American Poetry Blog, the Brooklyn Rail and Coldfront Magazine, among other publications. He grew up in Northern California and lives in Oakland.

"Employee of the Moth," and "Falconhood" at PEN America

"If You Wish to Pierce the Veil" at darkfuckingwizard